You can see my eating (mostly drinking) adventures from my week in Chicago on I Eat Fancy! 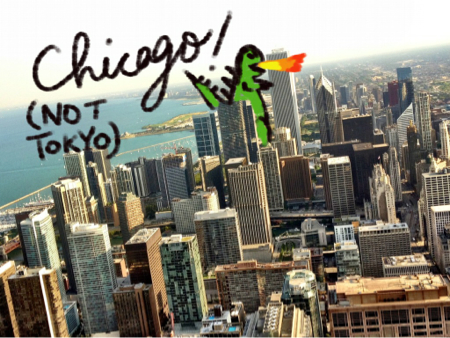 We can’t eat out in Austin every day, so we decided to eat out in Chicago! You know us, we like expensive things for cheap, as well as ridiculously good food, and we found some delicious gems for you. 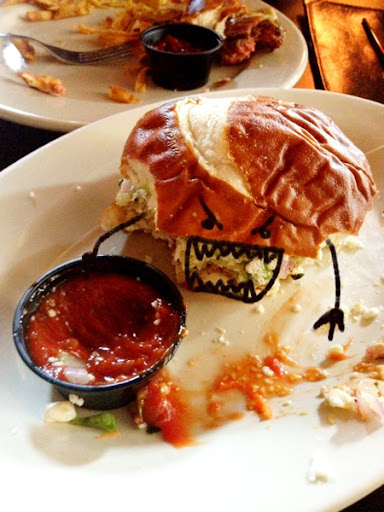 First off, the locals raved about a heavy metal themed burger joint called Kuma’s Corner. They also felt compelled to mention that Lady Gaga eats there, but I was more excited about the fact that you could swap any burger with a veggie patty. 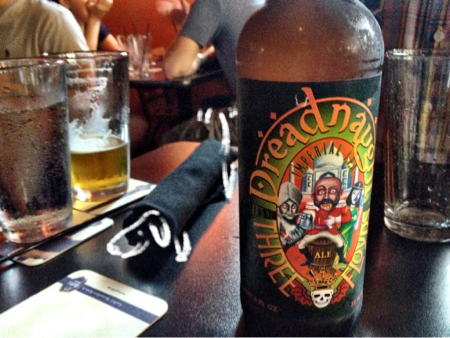 My partner fell in love with the beer list. The beer shown above is possibly now his favorite beer ever, and that’s a hard title to win from him. I drank whisky. We both loved the menu and the insane burgers that they put together. 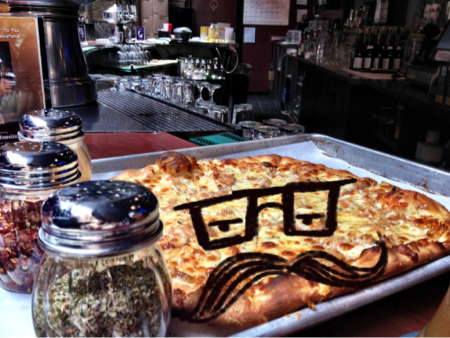 I know everyone says you have to eat Chicago-style pizza when in Chicago, but we are rebels! We had thin and delicious pizza at Piece. Turns out that most of my friends in Austin had eaten there in the past, and mourned for more. 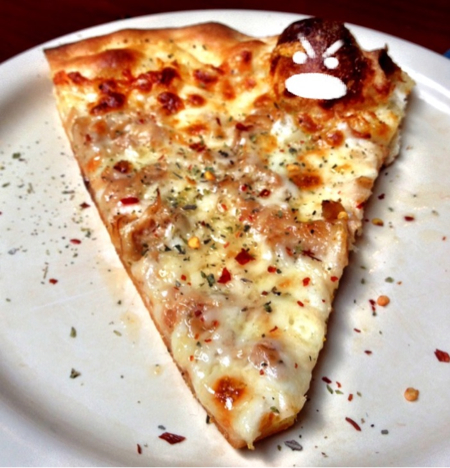 We had a bit of a twitter fiasco when I threw a fit over my partner ordering a white pizza with clams (I’m very much a sauce person, white pizzas contains no sauce), and wound up really liking the one piece I had. The rest of the entire pizza went into my partner before I could  reach for a second slice. I had to fill myself up the rest of the way with their beer menu. 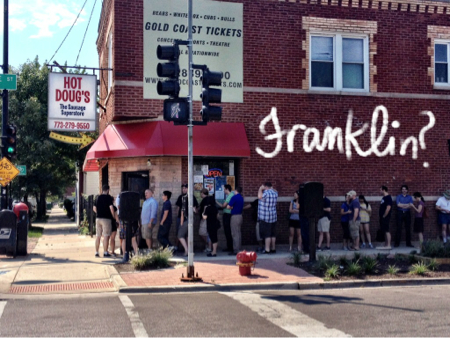 We thought about going to Hot Doug’s, a place made famous on No Reservations, but our dreams of having a “Tony Tour” (Anthony Bourdain-inspired Chicago fest) were soon crushed. That place is insanely popular, so you’ll need to treat it like Franklin Barbecue. If you don’t feel like the wait, the good news is that the aforementioned Kuma’s Corner is just around the, well, corner. 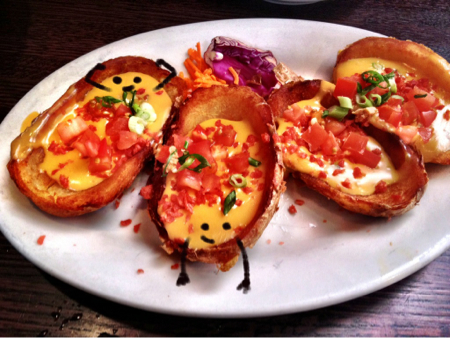 I’m a recovering vegan, and still a huge fan of the veggie lifestyle, so Chicago Diner was a must for me. My partner hates all thing meatless or healthy, so he  found the one vegan item on the menu that resembled something from T.G.I. Friday’s (shown above). He was afraid of the “cheez,” but ended up loving it! I was surprised to find that I did too! 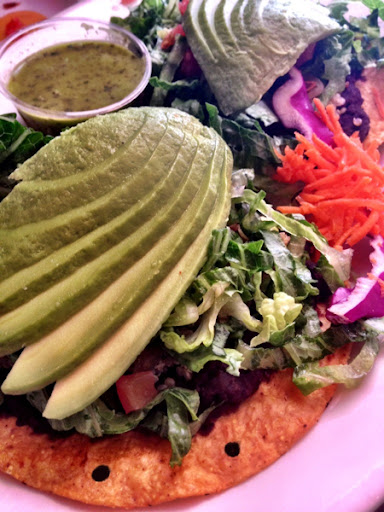 I ordered an avocado tostada, and those people do not f@&! around with avocado. Do you see that up there?! That’s an entire avocado! Also of note, Chicago Diner is located in Boystown, which is quite possibly the most fun part of Chicago, and they make a mean bloody mary. 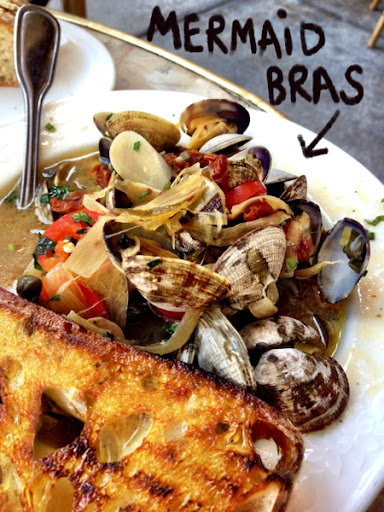 One of the most awesome secrets in downtown Chi-town is Quartino. They joke that it’s where wine is cheaper than water, and they don’t lie. The clams weren’t pricey either. 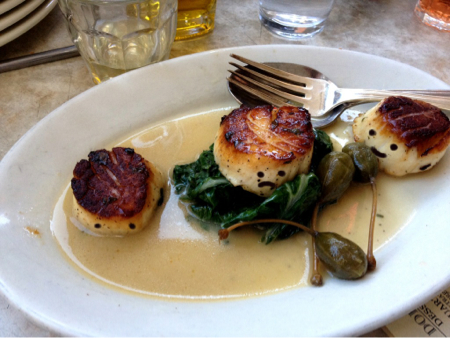 In fact, it was overall the best deal I found. I was eating scallops and drinking Bianco (around $5 got 1/4 litre), and not breaking the bank. 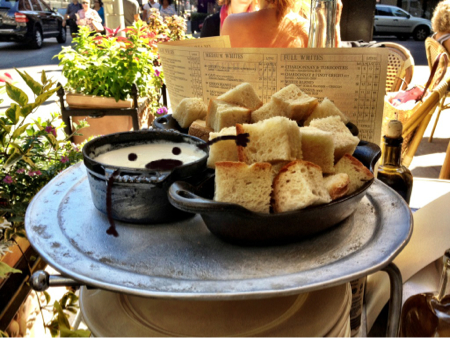 I didn’t think the fondue was all that great though. 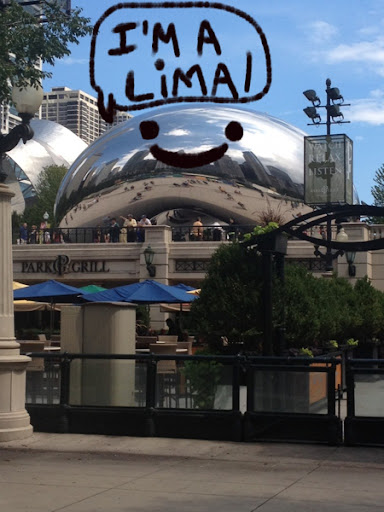 Sorry. That was random. 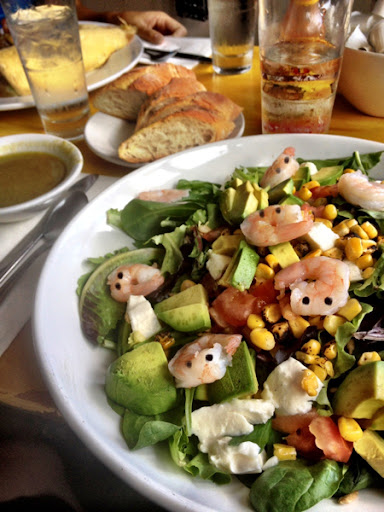 Considering that Wicker Park/Bucktown was our stomping ground, we made a stop at The Bongo Room. I was not a huge fan of their prices or bloody mary, but their serving sizes were enormous. 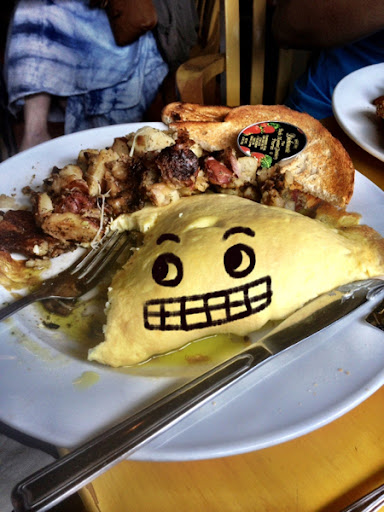 I do mean enormous. You should’ve seen the other guests chowing down on monster-sized French toast. They looked happy. It’s a great spot for sweet-lovers with an enormous appetite, or at least a few people to share with. 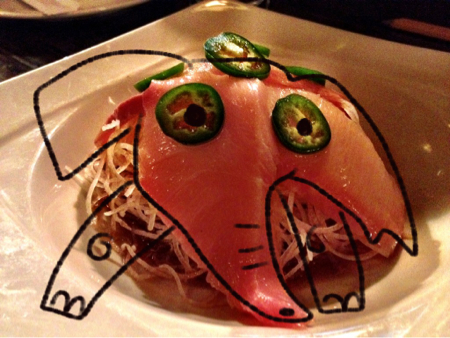 There was a stop at Usagi-Ya, and it was decent. That hamachi appetizer, which I’ve turned into an elephant, was the best thing there. I’m still debating as to whether or not I liked the uni. 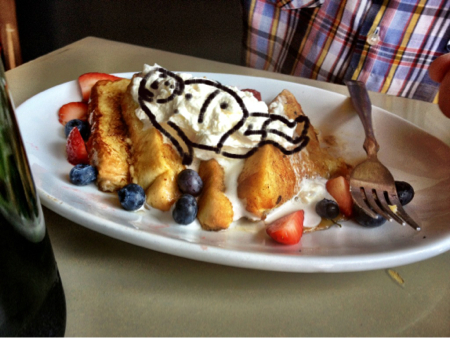 Our final morning was spent having Saturday brunch at LoKal. 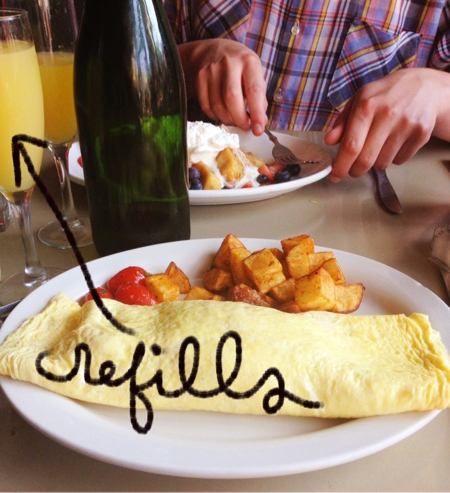 Those poor people made the mistake of letting us near their $7 bottomless mimosas, and I’m sure they regretted it. We drank A LOT. My French omelette, which I got to customize, was great, but never ending mimosas were better. For $9 I could’ve gone bottomless on bloodies, and for a little more, just straight bubbly. They have things on the menu like “Nutella Frites,” and overall they made our last morning phenomenal… Except for the part where we were stuck on the train and dying for bathrooms because we just had 6 mimosas each. I guess we deserved that. 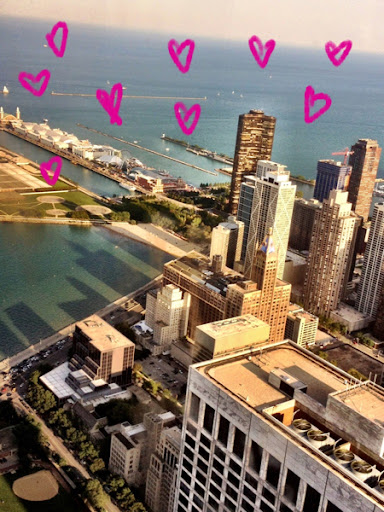 That photo was taken at Signature Lounge, on the 96th floor. I don’t recommend eating or drinking there, but I do recommend running up, stealing the view, snapping some pictures, then running back down.
All in all, Chicago is now one of the greatest cities in America to me. I had never been before, and can’t wait to go back. I will definitely miss the food.
One last thing: Groupons work for alcohol there, unlike here in Texas, so use ’em! You’re welcome. 😉
August 28, 2012 0

If you haven’t checked out ieatfancy.com, then you’re missing out. I’ll be eating (okay, mostly drinking) my way through Chicago on 8/20. Feel free to invite me to your favorite restaurant/bar.