Stanley’s Farmhouse Pizza is the new, permanent food source on site at Jester King Craft Brewery. (Previously, it was all just temporary food trucks.) The new spot offers something patrons of Jester King have been wanting for a long time: the ability to buy bottles of beer to take home, something which Jester King is forbidden from doing themselves by the TABC.

Stanley’s Farmhouse Pizza opens around 12:30, which gives you time to grab your lunch before the mad rush for brewery tours begins at 1. We showed up at 12:15 and people were already hungrily waiting to order their pies.
The Penelope was sparsely topped compared to most other pizzas. The focus wasn’t on a ton of sauce or cheese, but on a few quality ingredients. The peppery arugula was one of my favorite parts. My partner says that the crust was “thin, crispy, and delicious!” while I was ambivalent. I was in it for the fresh, colorful tomatoes that I wished they’d given us more of.
The place is about as bare bones as it gets. The “kitchen” is surrounded by the bar, it lacks walls, and the bathrooms are an annexed (yet, very clean!) airstream trailer off to the side. Luckily, Texas is pretty temperate, at least this part, and the openness shouldn’t be a problem most of the year. It covers a large amount of space and several other tables brought children with them. Watching those kids run amok over the vast, open space made me realize that this is the perfect place for small ones. It’s big enough to where little ones playing chase won’t bother any other patrons.
This wasn’t my first rodeo at Jester King’s brewery. My partner and I have been coming for ages, and think the $10 for 8 samples are ample, generous, and the perfect way to relax on a Saturday. The place gets PACKED. So I’d shoot for arriving as close to opening as possible, if not a few minutes before. You get to play games like corn hole, listen to some decent live bands, and take home the glass when you’re finished.
January 13, 2013 0 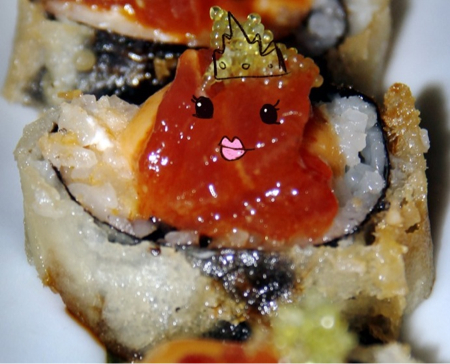 Mizu Steak & Sushi has a beautiful view of the Texas hillcountry, but you’re going to have to drive for it. 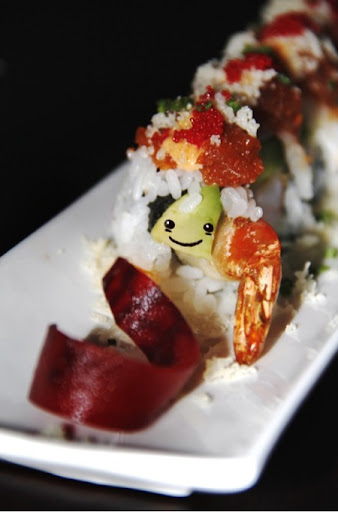 The happy hour runs from 5-7 and features discounted dishes, $5 wines, $4 “premium wells,” and a couple of discounted beers. The specialty cocktails are truly special, but they’re still full-price. 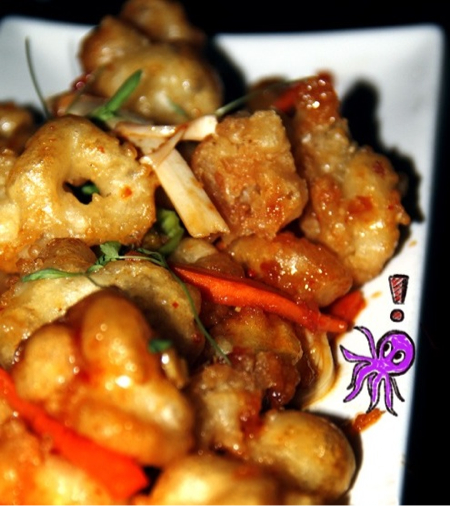 Some Yelp reviewers will tell you that Mizu has the best calamari in town. It’s definitely different- somehow lighter, sweeter, and less tough than any that I’ve ever tried. My photographer for this event, Matthew Blanchard, absolutely loved it. 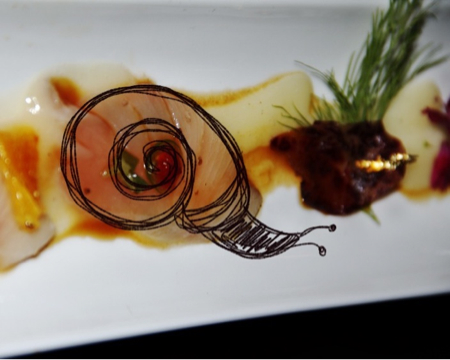 The spicy edamame, miso sea bass, and sashimi were hands down my favorite dishes. 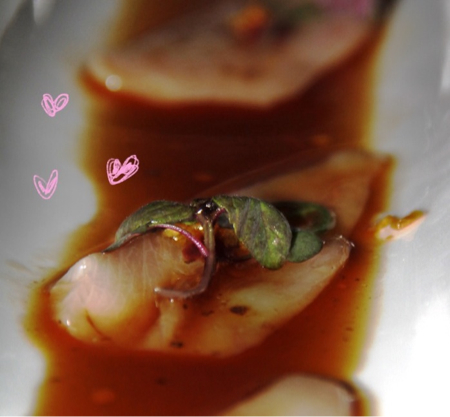 Most sashimi dishes included herbs and fruit. The hamachi crudo was served with ginger pear puree, kumquat, and jalapeño, while the tuna tartar was served with watermelon and stone fruit. 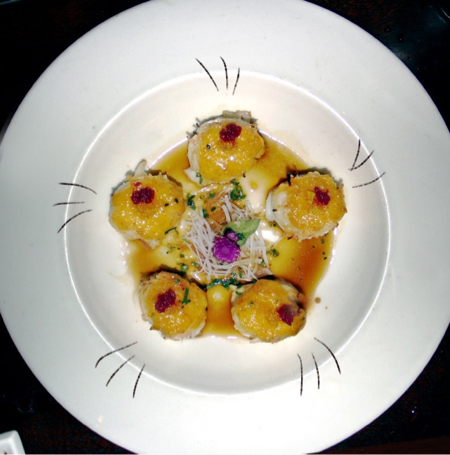 The baked roll (shown above) was very rich. It contained everything from cream cheese to spicy aioli. 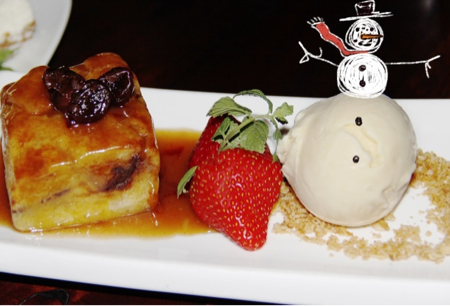 By the time dessert rolled around, I was convinced that I was going to die (we were stuffed)! It was worth risking death to taste the delicious cinnamon ice cream that accompanied the warm brandied bread pudding. 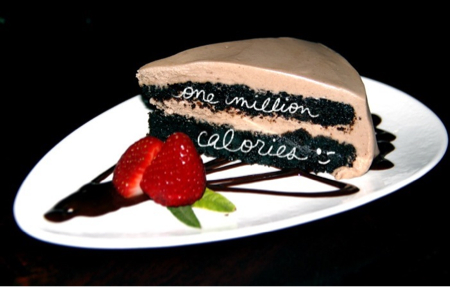 Chocolate cake was a hit with the crowd, but I was more fascinated by the banana nutella cake. 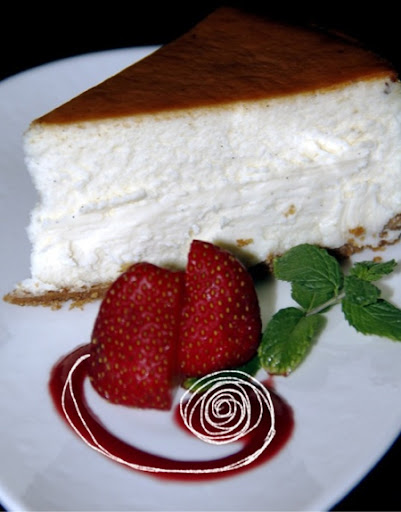 As you can see, I went up a pants size on this particular night.
The takeaway: Mizu has a great happy hour, gorgeous view, and a LOT of flat screens (if sports are your thing). The calamari is a must-try, as is the edamame. The quality is better than the downtown sushi joints, so if you feel like taking a scenic drive, try them out!
Original photos by Matt Blanchard
September 16, 2012 0